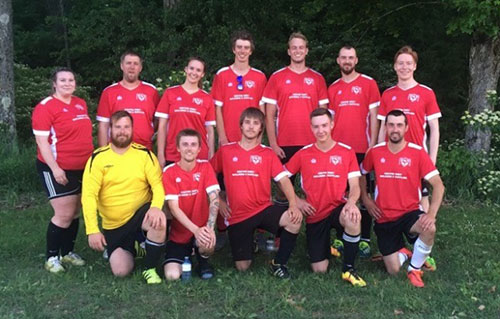 The Men’s Open team played a strong regular season as is the norm for the team, but the year-end tournament proved a tough nut to crack. The team had a great run at the Championship, held in Markdale, and advanced to the final where the lads took a 3-1 lead against Walkerton. Unfortunately, 3 unanswered goals in the second half resulted in a 3-4 loss for Markdale and a silver medal. It was a good game!