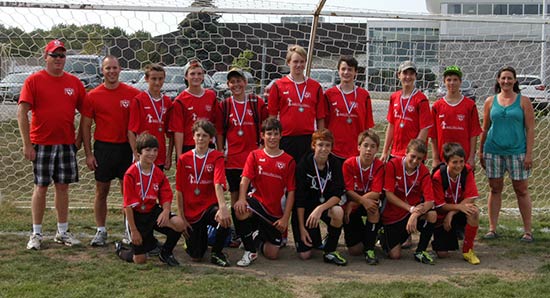 Congratulations to the Markdale McCann Water Systems Boys Under 14 team on capturing the silver medal at the Lakeshore Cup! They defeated Durham 2 to 1 (on penalty kicks,) then defeated Walkerton 5 to 1 and shut-out Saugeen Shores 1 to 0 in the semi-finals to advance to the championship game. Hanover defeated Markdale 2 to 0 in the final, but the boys brought home the Silver medal!